Donate Now & Your Gift Will Impact More Children Like Rafa

As parents and siblings who have had these experiences through Rafael, we feel we might have a lot in common with what you may be going through now.

We felt the fears, insecurities, impotence, and had many sleepless nights. We experienced feelings of desolation and the frustration of knowing that we were going to lose someone that we love beyond imagination. We felt that tight knot in our throats when we held back the tears so that our children would not see us break down. At times, we felt lonely, totally abandoned, confused, and overwhelmed by all the decisions we had to make.

As such, The Rafael Foundation‘s mission is to assist in significantly easing the emotional and financial burdens of families moving through the process of what seems to be an unbearable situation, and even helping them find some benefit or strength through it. 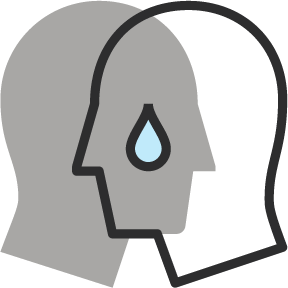 coaching parents & family through the process 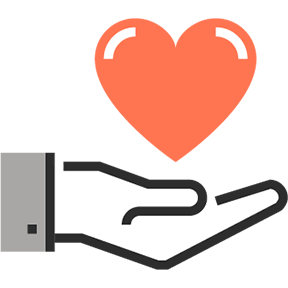 Having a child or sibling given a terminal diagnosis is an incredibly traumatic, ongoing going event that can emotionally and spiritually cripple families. The Rafael Foundation works with families to connect with professionals and support groups that provide an array of different types of assistance as those families work through the different phases of this process as it happens.

financial support to the parents & family

From the combination of the cost of procedures and treatments, lost wages from time spent in hospitals rather than at the workplace, and various unexpected travel fees, this process inevitably places an immense amount of financial pressure on the family as a whole. The Rafael Foundation actively seeks to support families with these financial stresses and issues.

enhancing the child’s quality of life

When a child is diagnosed with cancer and is going through the different phases of this process, their time is often filled with pain, fear, and uncertainty. Especially when a child is terminal, there’s an intense desire to increase their quality of life as much as possible for as long as possible. Again, this desire significantly increases financial pressure on the family. The Rafael Foundation aims to significantly reduce this burden for families, enabling them the opportunity to help their children make the very most of the time they have.

In September of 2006, Rafael Garcia was diagnosed with an inoperable malignant brain tumor on his brain stem. as it grew, the tumor put pressure on the nerves that control the functions of breathing, swallowing, and muscle control on his left side.

during his first few days of 1st grade that September, Rafael rapidly began losing control of first his leg, and then his arm. shortly afterwards, Rafael began to lose the ability to speak and to swallow.

after immediately going through intense medical treatment, Rafael quickly received an inoperable, terminal diagnosis with treatment options that exclusively relied on radiation and It was believed that the likelihood of successful treatment was well under 10%, and the heart-breaking decision was made to discontinue treatment in favor of maximizing Rafa's life.

He was just six years old. 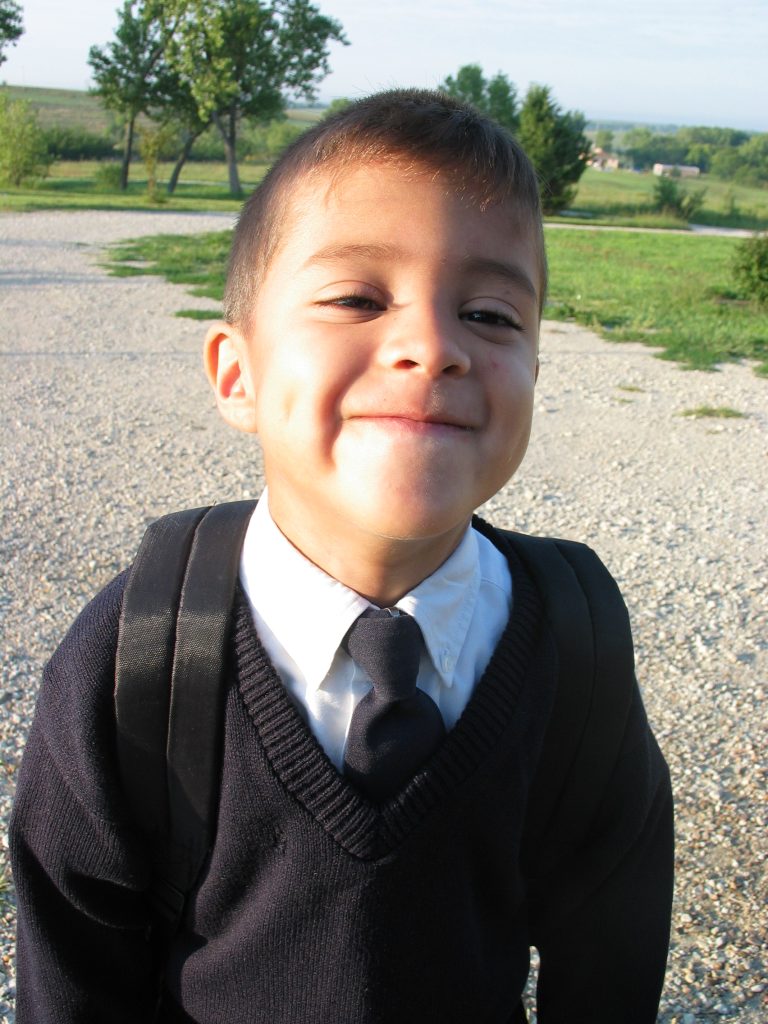 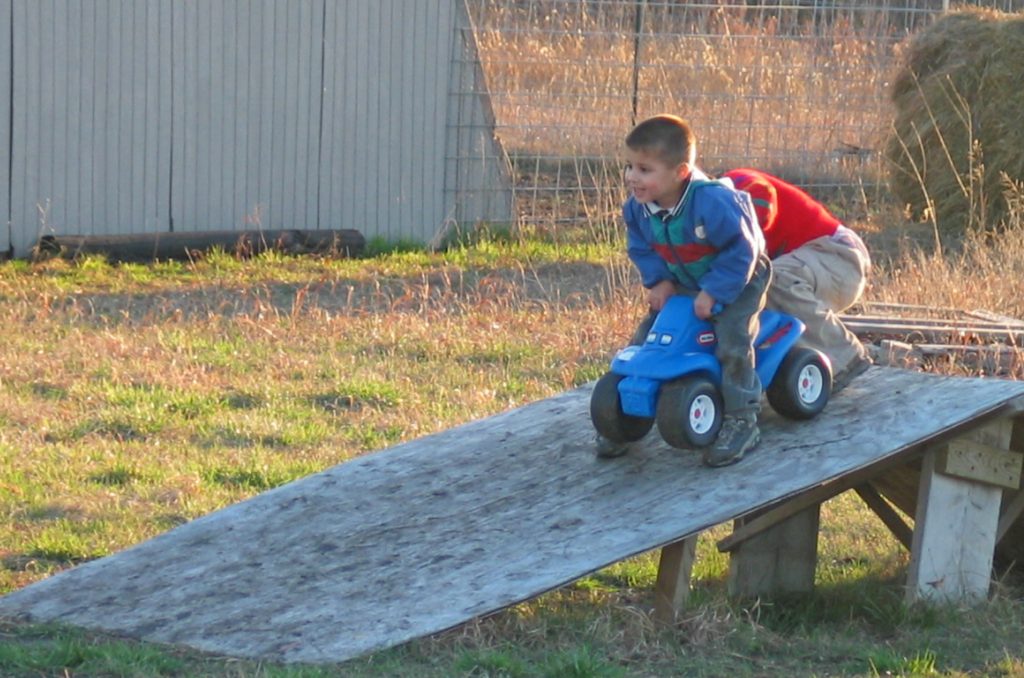 Rafa was described by those close to him as kind, unselfish, generous, very strong, full of life , and always thinking of others instead of himself. 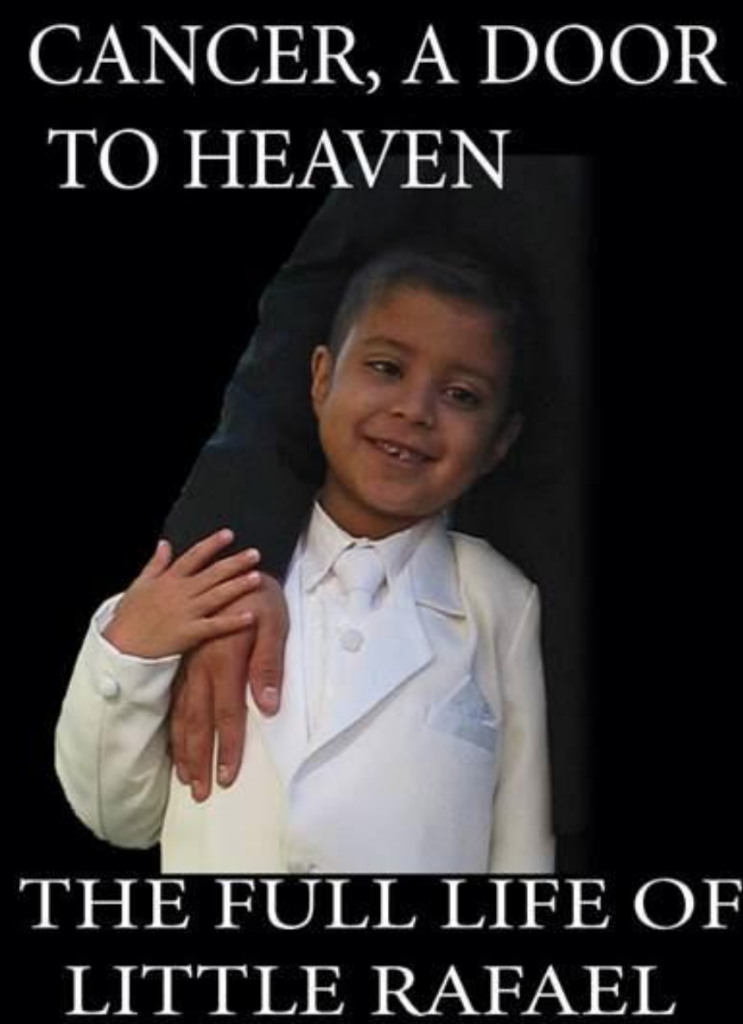 we’d love to share rafael’s life story with you. we hope he touches your heart in some way.

about the rafael foundation

Miguel and Dora Garcia started The Rafael Foundation because of their own experiences with Rafael‘s care.

Once Rafael was diagnosed began treatment for his brain tumor, the hospital and doctors where he received his specialized care was located two hours away from their home… And their entire lives. Of course, there was never a question that they would do everything and anything that they could to ensure that Rafael received the care that he needed, but there was an incredible amount of additional expenses that put a significant hardship on the Garcia Family which had to be handled during that time.

Because there was so much travel and so much intensive care that was required, neither Miguel or Dora were able to work full-time during Rafa‘s treatments, which caused a significant loss in income. Further, the treatments were often experimental and extremely expensive, and as such insurance would not pay for them so they had to be paid out of pocket. Additionally, the bevy of additional expenses that came up in terms of food, gas and lodging - not to mention all of the little things that one wouldn’t necessarily think of - significantly added up, increasing the pressure of the financial hardship.

Once they reached a certain point in Rafael‘s care where they made the decision to take him home, the Garcia’s next priority was to do whatever they could to enhance his quality of life… All of which included for additional expenses which they never thought of twice in terms of making, though they all also significantly increased the pressure of the financial hardships that family ultimately incurred.

The Garcia’s story as a family is no different than the story of many families, and as such The Rafael Foundation seeks to help alleviate these types of hardships during what is already one of the most unimaginable, tragic and painful periods any family could possibly go through.

After Rafael passed, Dora & Miguel welcomed twins into the world, both of which were diagnosed with Down Syndrome.

The Rafael Foundation is registered as a 501c(3) not-for-profit organization.